In person meetings are postponed until after May 10, 2020

Join us to discuss books together the fourth MONDAY of each month at 5:00 pm in Fellowship Hall. 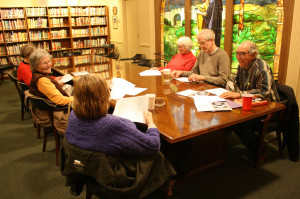 Come and add to the discussion we are open to requests!

March’s  Festival of Books selection is “The Mosquito:  A Human History of our Deadliest Predator” by Tim Winegard. A ground-breaking work of narrative non-fiction that offers a dramatic new perspective on human history. What was George Washington’s secret weapon during the American Revolution, and how did it lead to Britain colonizing Australia? What protected Popes for centuries?

April’s pick is Colson Whitehead’s “The Nickel Boys” A 2019 novel based on the real story of the Dozier School, a reform school in Florida that operated for 111 years and had its history exposed by a university’s investigation. It was named one of TIME’S best books of the decade.

May   “A Gentleman in Moscow” by Amor Towles tells the story of Count Alexander Rostov, who is sentenced to live out the rest of his life on “house arrest” in the Metropol hotel, following his “conviction” by a Bolshevik tribunal. He was convicted of being an unrepentant aristocrat and is stripped of his wealth by the new Bolshevik regime. Another top novel-well written and riveting.

June  “Cod: A biography of the Fish that Changed the World” by Mark Kurlansky